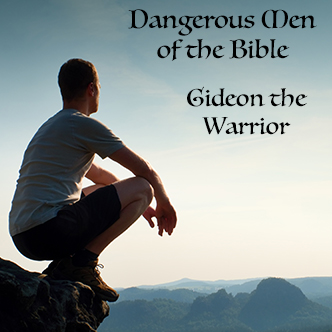 Have you ever wondered why God keeps asking us to do the impossible? Think about it, Moses was asked to free a nation of slaves from a tyrannical leader. Gideon was asked to rout an international military force with only a force of 300. And you’ve been asked to live a perfectly holy life. Every one of these tasks was, and is, impossible. In fact, it’s been said that if the task laid before us isn’t impossible, it’s not a God-ordained task (even though it might be a good deed that we’re expected to do). God-sized visions are always impossible. This week, we continue our Dangerous Men of the Bible series by tapping into the Gideon story. Perhaps we’ll get a glimpse of why God demands … and expects … the impossible.