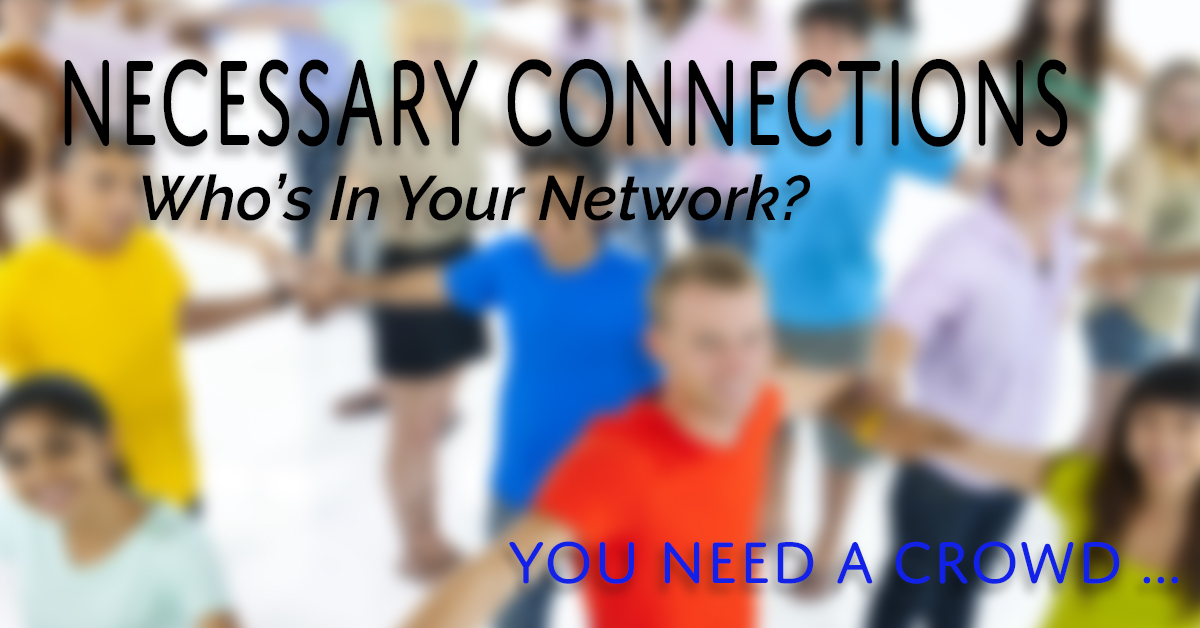 Necessary Connections: You Need a Crowd

“I don’t have time for another friend” he said to me. He was already overextended, he said. Twenty years later he was a different person. One by one, all of his friends had either preceded him in death or had relocated to Arizona or Florida. He’d sacrificed his family on the altar of a successful career. And now he had none. No family he could depend on. No friends to commiserate with. He was alone. And he was lonely. It turns out, he’d needed to make time to make another friend. This week we’ll explore why we need a crowd as part of our personal board of directors.

Add
Enable Notifications.    Ok No thanks