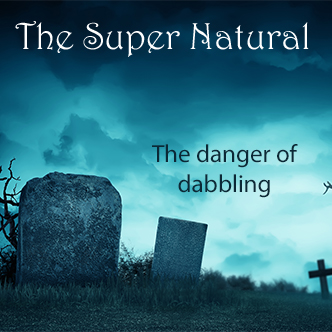 Super Natural: The Dangers of Dabbling

It’s that time of year. Some might call it a “thin” time, a time when the separation between the spirit realm and the corporeal world is but spider’s thread apart. Once upon a time, we looked at these topics with wry amusement. Only superstitious, unscientific children believed in such nonsense. But that’s not so much the case today. At least two generations have risen up and confessed that not everything has a scientific answer … and there’s too much evidence for hauntings, ghosts, spirits, demons, and angels to dismiss it all. But with the rise of interest and belief comes a rise in dabbling. Is it safe to play with things we don’t understand, or are we taking risks in things that my do more than go bump in the night? This week’s Conversation takes a serious look at what we may be getting into.