The Evils of Money … Not

The Evils of Money … Not! 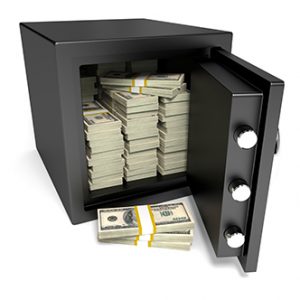 The church has a reputation for being anti-wealth … or at least anti-wealthy.

“Money’s the root of all evil”

“Give everything you own to the poor and follow me.”

Misquotes and out-of-context quotes, but the reputation sticks.

One of the top five reasons our culture gives for not wanting to attend a church’s worship service is because “All they ever talk about is money.”

Translation: “All the church ever does is to try and part me from my wallet via bake sales, spaghetti dinners, guilting, and shaming.”

True Fact: Other than the “Kingdom of God,” Jesus talked about money and possessions more than any other single topic. Period.

So, some might say that the church is just taking its cue from the founder.

Except Jesus never tried to raise any money from anyone.

To our knowledge, Jesus never once sold a brownie or plate of cookies to fund his mission trip.

So, what did Jesus teach about money, since apparently cash was his hot-topic button?

When it came to finances, mostly he taught balance between money and life, career and love, worry and peace. He cautioned against letting our possessions own us. He was adamant about paying our obligations. And yes, he reminded us that money can be used for good and for ill.

Jesus depended on the support of the wealthy to fund his ministry.

And he clearly understood that if you don’t have money, someone is going to have to take care of you … and that someone would be someone who has money.

And in 2019, you’ll hear a lot more Conversations about money as we begin to study the practicalities of living an abundant life – and how to make and manage money according to the teachings of biblical entrepreneurs, mentors, and coaches.

I hope you’ll join us!

Add
Enable Notifications    Ok No thanks